No doubt most of us love High School DxD. And those of you who don’t’ watch the series or started watching it. Here is a list of some of the hottest character in the series.

Beside Rias Gremory, these are some other characters in this top 10 list that worth your attention.

We all know that cat girls are sexy enough to be included on any lists, but Kuroka is much hotter than most of them as we always see Kuroka in her loose Kimono.

On top of that, her cat ears and tails added some real spice that will surely attract any guys and girls alike.

Not just because she’s not a busty sexy girl means she doesn’t deserve her spot.

Like her sister, the addition of her kitty ears and tails add are putting some real spice that will surely attract any guys and girls alike too.

But what makes secure her spot on this list is that Koneko’s shirt always gets ripped to pieces, revealing her delicate body and a fantastic display of panties.

From older sister to a senpai, to shrine maiden, sadist, up to being a schoolgirl, she can cover all of that just for you!

Risa is obviously a beautiful, hot and sexy woman, who appears to be in her late teens with her trademark, long crimson hair.

She has no qualms showing off her lingerie, or even showing her complete sexy body.

Tsubaki Shinra is just a minor character in the series but despite of that, she appears constantly and even appeared in various sexy outfits and moments such as bloomers, tennis gear, being attacked by living udon and even becoming a victim of Issei’s popular dress break attack!

One of several female protagonists of the series, Asia Argento has a very gentle heart and has an ability to heal wounds.

Aside from that, Asia is a very pretty young blonde who always gets caught by Issei’s dirty mind because of her naivety.

One of the most attractive part of her is her long chestnut hair usually tied into twintails.

Although she is not your typical ecchi girl, she is still considered as one of the most highly appealing characters in the series surprisingly because of her innocent personality.

Rossweisse is a young beautiful and of course, sexy woman with straight silver hair and a former bodyguard for Odin.

Although considered as one of the oldest and most mature members of Issei’s Harem, Rossweisse appears to be childish most of the time, which leads to some very sexy moments all over the series.

Although a reserved character, Grayfia made it to this list obviously because of her greatest asset of all, her incredible bust.

Aside from that, Grayfia is also a beautiful woman appears to be in her early 20’s and never seen in the series without her maid outfit.

Xenovia is one of the most serious looking characters in Issei’s Harem, making her one of the coolest also.

Her tomboy attitude makes her the perfect character to portray such a role that High School DxD needed. 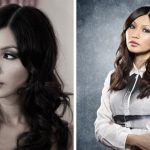 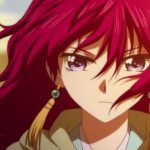