Some celebrities without makeup look horrible but don’t lose hope, there are actually some actress and model look as hot as they were in makeup. Hollywood actress seems so pretty and hot as hell, we have all seen our favorite celebrities with pretty faces and all decked up.

Ever wondered how they look without all the glamorous makeup on? Here we present to you a compilation of some of the top models and celebrities without makeup.

Anne Hathaway looks cuter without the makeup. But also somewhat unrecognizable especially when the picture is taken from a close angle. Well, the Batwoman looks hot in makeup and cute without make.

One of the hottest singer, pop diva Beyonce has been caught many times without makeup. She doesn’t seem to care about it much and so we are.

She had weight issues when she started her career. And now she looks incredibly hot with or without makeup doesn’t matter.

The gorgeous ‘Game of Thrones’ actress look equally attractive with or without makeup on. Hot English actress full name is Emilia Isabelle Euphemia Rose Clarke which is relly a big one. She posted this picture of herself on Facebook in 2013.

Hilary had started her acting career in her childhood. Well, she doesn’t look so stunning without makeup as we seen her in makeup she looks stunning.

The Hunger Games actress Jennifer Lawrence gives herself 1st priority and is one of the stars who rarely thinks about what other people have to say about her. Careless attitude makes her more attractive.

We can only say that she has come a long way but still, there is a lot more to do. Though she has been maintaining herself for the last decade.

The social media queen is quite regular on social media and has been updating all the trends like the bed selfie. So here’s a bed selfie from Kylie Jenner.

We all know that Lady Gaga is really the ‘Gaga’ of the pop culture with her makeup and unimaginable dresses, but this picture brings you her other side.

She looks adorable without the makeup!

The woman has shared numerous pictures of her makeup-less look.

She has inspired many women to be what they truly are, and that is one of the reasons why she always keeps herself real.

The actress and ex-wife of Tom Cruise looks stunning with makeup on, but she looks almost the same without it.

The model, Tyra Banks shared her makeup-less picture on Instagram, she wrote a very powerful message for her fans. She wrote, “I wanted to smooth out my dark circles so badly! Naw, Ty. Show ’em the REAL you. So…here I am. Raw. And there YOU are…looking at me, studying this picture. Maybe you’re thinking, ‘Whoa, she looks ROUGH.’ And if you are, great! You deserve to see the REAL me. The REALLY real me. #RawAndReal”

The gorgeous, Sofia Vergara had just a bad picture taken at a wrong time. We still like her.

The diva looks the same, with or without the makeup.

Katy doesn’t think what people think about her. 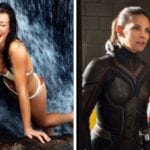 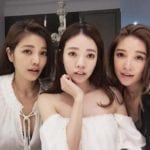